To floss or not to floss

Dentists have recommended flossing as a vital part of oral hygiene for decades, however the U.S. health department recently removed daily flossing from its list of dental recommendations, with the government acknowledging that the effectiveness of flossing had never been researched. The NHS in the U.K. is also monitoring the situation regarding flossing research. So, should we still floss every day or is it just a waste of our time? Today, we consider the stances of industry experts regarding whether flossing should still be included in our daily dental care regime.

The two leading professional groups in the industry the U.S.  – the American Dental Association and the American Academy of Periodontology, for specialists in gum disease and implants – have cited certain studies as proof of their claims that flossing prevents build-up of plaque, early gum inflammation called gingivitis, and tooth decay. However, most of these studies use outdated methods or have tested small numbers of people.

The majority of Dental Associations and dentists around the world stand by the same claims, advising patients to include flossing as part of their daily dental work to remove sticky bacteria, or plaque, from teeth. Plaque creates acid which can cause cavities. Nearly half the surface area of your teeth lies between them. Flossing is seen by most dentists as the only way to really get into that space between your teeth and remove the bacteria.

The dental plaque that causes cavities can also irritate your gums and cause gingivitis. If left untreated, gingivitis can lead to periodontal disease. Periodontal disease is linked to a range of other medical problems including heart disease, diabetes, dementia and premature birth. 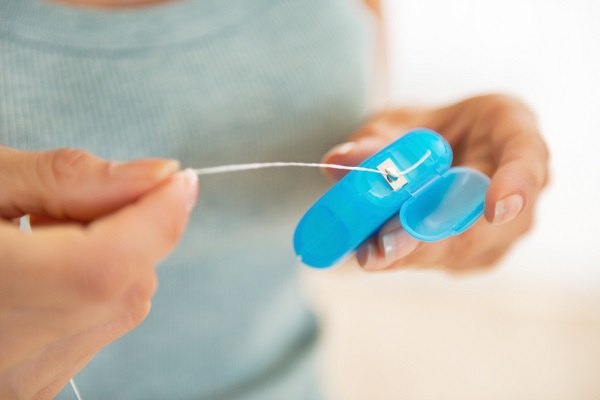 Most British dentists advise regular flossing to keep teeth healthy, however, advisers at the British Dental Association believe it is largely ineffective and instead recommend “inter-dental” brushes, which are small enough to clean in any gaps between teeth. Professor Damien Walmsley, the British Dental Association’s scientific adviser says “floss is of little value unless the spaces between your teeth are too tight for the inter-dental brushes to fit without hurting or causing harm.”

The Australian Dental Association recommends flossing once a day, either in the morning or night or even after lunch. Dr Peter Alldritt, chairman of the oral committee at the Australian Dental Association says that in his professional experience “it’s very easy to see if a patient has or hasn’t been flossing. The regular flossers have firm, pink, healthy gums and the non-flossers have red, often inflamed gums.”

Dr Alldritt says we need better and more research around flossing and points out that it’s extremely hard to research the effectiveness of flossing due to numerous different variables such as diets and even individual technique.

The risk-to-reward ratio leans in favour of flossing

Compared to a lot of activities which are known to improve our health – such as going to the gym or walking up the stairs instead of taking the lift – the risk-to-reward ratio of flossing leans significantly in favour of flossing. The best case scenario is that you have healthier teeth and gums, and at worst, you’ve lost two minutes of your life and around $3.00 – 5.00 on a pack of dental floss.

“What harm can flossing do? At the end of the day, even if the benefit is marginal, why would you want risk it when it only takes two minutes?” advises Alldritt.

It’s important to use something for interdental cleaning

Tim Iafolla, a dentist from the National Institutes of Health in the U.S., points out that if the highest standards of science were applied in keeping with the flossing reviews of the past decade, “then it would be appropriate to drop the floss guidelines”. Regardless, he added, people should still floss.

Iafolla highlights that flossing is both low risk and low cost and “we know there’s a possibility that it works, so we feel comfortable telling people to go ahead and do it.”


Call to book an appointment